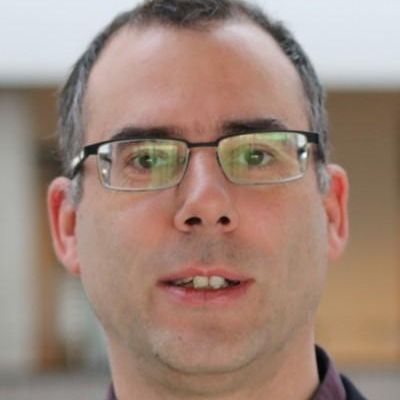 Matthias Rehm received his Diploma and Doctoral degrees (with honors) in 1998 and 2001 respectively from Bielefeld University in Germany. In 2008, he successfully completed his habilitation process in Informatics at the University of Augsburg in Germany. He is the head of the Human Machine Interaction group at the Dept. of Architecture, Design, and Media Technology and the director of the cross-departmental Human Robot Interaction lab at the Technical Faculty of IT and Design at Aalborg University. His research is focused on modeling social, affective and cultural aspects of everyday behavior for intuitive human machine interactions. He has over 100 peer reviewed publications in the area of robotics, HCI, technology enhance learning, multimodal interaction, and culture aware technology. In 2010, he became founding and steering group member of Aalborg University’s cross-departmental robotics program Aalborg U Robotics (http://robotics.aau.dk). In 2014 he co-founded an international, Canadian-based startup that is actively pushing the limits in smart learning technologies. In 2015, he was elected vice president for the International Association for Smart Learning Ecosystems and Regional Development (http://aslerd.org).

Discover the 13 #DigiCulture #courses, the #OpenBadges granted on completion and meet the international Project partners Join us on THU | 22 July | 16:00 EEST!
Register and attend in Zoom: https://bit.ly/3rnpZ6X
or watch live on Facebook: https://bit.ly/3hVcNTA

We use cookies on our website to give you the most relevant experience by remembering your preferences and repeat visits. By clicking “Accept”, you consent to the use of ALL the cookies. Read More
Cookie settingsACCEPT
Manage consent

This website uses cookies to improve your experience while you navigate through the website. Out of these, the cookies that are categorized as necessary are stored on your browser as they are essential for the working of basic functionalities of the website. We also use third-party cookies that help us analyze and understand how you use this website. These cookies will be stored in your browser only with your consent. You also have the option to opt-out of these cookies. But opting out of some of these cookies may affect your browsing experience.
Necessary Always Enabled
Necessary cookies are absolutely essential for the website to function properly. These cookies ensure basic functionalities and security features of the website, anonymously.
Functional
Functional cookies help to perform certain functionalities like sharing the content of the website on social media platforms, collect feedbacks, and other third-party features.
Performance
Performance cookies are used to understand and analyze the key performance indexes of the website which helps in delivering a better user experience for the visitors.
Analytics
Analytical cookies are used to understand how visitors interact with the website. These cookies help provide information on metrics the number of visitors, bounce rate, traffic source, etc.
Advertisement
Advertisement cookies are used to provide visitors with relevant ads and marketing campaigns. These cookies track visitors across websites and collect information to provide customized ads.
Others
Other uncategorized cookies are those that are being analyzed and have not been classified into a category as yet.
SAVE & ACCEPT