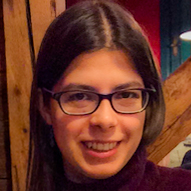 Chiara Zuanni is a tenure-track assistant professor in Digital Humanities, with a focus on museology, at ZIM. Her research focuses on the construction and mediation of knowledge in museums, on the impact of digital media and data on the heritage sector and its audiences. She has a degree in Classics and a MA in Archaeology from the University of Bologna, and a PhD in Museology from the University of Manchester (2016). Her postdoctoral appointments included an AHRC Cultural Engagement Fellowship at the Institute of Cultural Capital (University of Liverpool and Liverpool John Moores University, 2016), working on the ‘Liverpool 2018’ project (evaluating the longitudinal impact of the European Capital of Culture award) and on an evaluation for the British Council. She has then been a research fellow at the Victoria and Albert Museum (2016-2017), working on the transnational research project ‘Universal Histories and Universal Museums’ (funded by the AHRC and LABEX), and a visiting lecturer in museology at the University of Bergamo (2018). She is currently also a member of the ‘Ancient Itineraries Institute’ (a project funded by the Getty Foundation, led by King’s College London and Umeå University).

Discover the 13 #DigiCulture #courses, the #OpenBadges granted on completion and meet the international Project partners Join us on THU | 22 July | 16:00 EEST!
Register and attend in Zoom: https://bit.ly/3rnpZ6X
or watch live on Facebook: https://bit.ly/3hVcNTA

We use cookies on our website to give you the most relevant experience by remembering your preferences and repeat visits. By clicking “Accept”, you consent to the use of ALL the cookies. Read More
Cookie settingsACCEPT
Manage consent

This website uses cookies to improve your experience while you navigate through the website. Out of these, the cookies that are categorized as necessary are stored on your browser as they are essential for the working of basic functionalities of the website. We also use third-party cookies that help us analyze and understand how you use this website. These cookies will be stored in your browser only with your consent. You also have the option to opt-out of these cookies. But opting out of some of these cookies may affect your browsing experience.
Necessary Always Enabled
Necessary cookies are absolutely essential for the website to function properly. These cookies ensure basic functionalities and security features of the website, anonymously.
Functional
Functional cookies help to perform certain functionalities like sharing the content of the website on social media platforms, collect feedbacks, and other third-party features.
Performance
Performance cookies are used to understand and analyze the key performance indexes of the website which helps in delivering a better user experience for the visitors.
Analytics
Analytical cookies are used to understand how visitors interact with the website. These cookies help provide information on metrics the number of visitors, bounce rate, traffic source, etc.
Advertisement
Advertisement cookies are used to provide visitors with relevant ads and marketing campaigns. These cookies track visitors across websites and collect information to provide customized ads.
Others
Other uncategorized cookies are those that are being analyzed and have not been classified into a category as yet.
SAVE & ACCEPT